Native German Tuition for Business and Students of all Levels 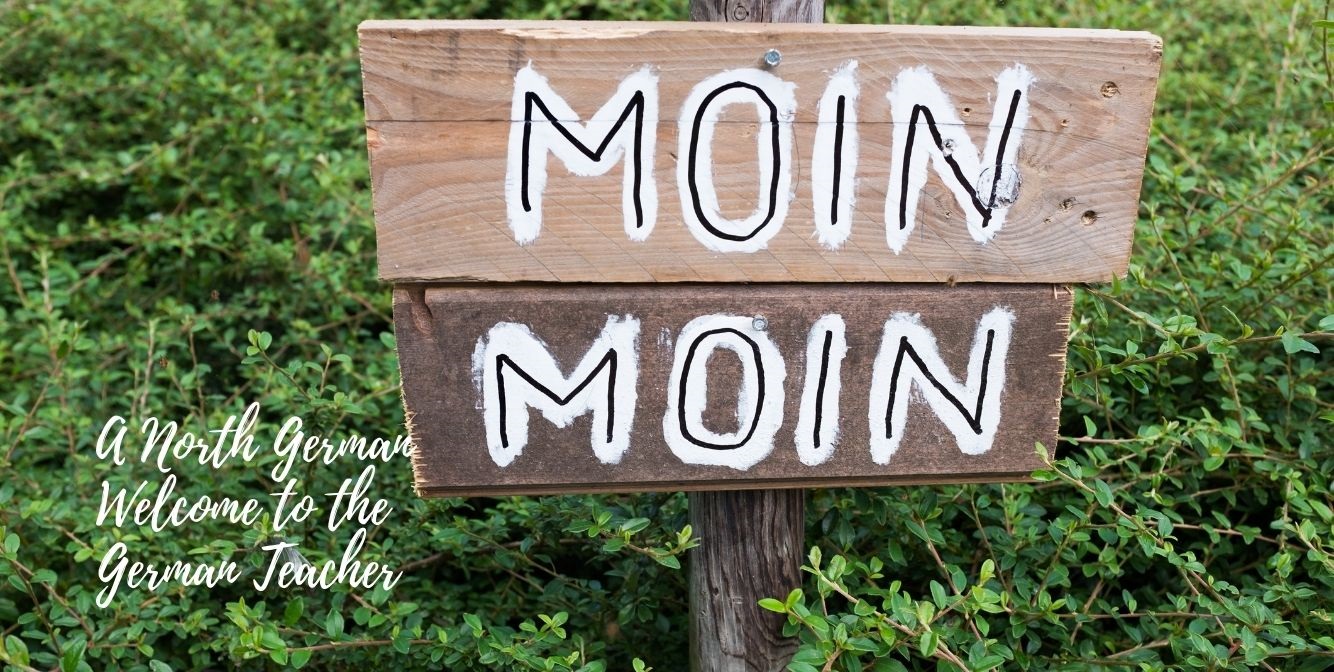 Plattdeutsch? If you have ever been in the North of Germany, you will have heard Moin, Moin instead of the more formal Guten Morgen or Morgen – all meaning “Good morning”. Strangely enough, this is being said at any time of the day or even in the evening as a greeting.

Moin, Moin and welcome to the first blog of the German teacher!

It is part of the North German dialect, the so-called Plattdeutsch or low German dialect which is still spoken by 2.5 Million people in the North. Especially in the last few years, there has been a real revival of the dialect, particularly among young people. I grew up with my grandtather speaking the dialect in the house and to this day it feels homely hearing it. He would tell me stories about how he did talk to his classmate sitting on his left in Hochdeutsch and to the one on the right in Plattdeutsch. Sometimes he would even translate for the teacher.

The Institut für Niederdeutsche Sprache (Institute for the Low German Dialect) organizes every year a competition for bands, the so-called Plattsounds and many schools run reading competitions.

In the middle ages Plattdeutsch was the main language for the North of Germany, especially between the Hansestädte (hanseatic cities) of Hamburg, Bremen, Rostock and Lübeck. Therefore, it was an important language for trade.

Over the past two centuries the so called Hochdeutsch (high German or standard German) became dominant and this is the German you are taught when you learn the language.

Where is the low German dialect spoken?

On this Wikipedia map you can see the areas of Germany which speak a variation of Plattdeutsch. Here are some expressions in the dialect compared to standard German:

German music is very popular in Germany right now with many fabulous singer/song writers and bands. Why is this important? For a very long time English songs dominated the radio and all German music was music just for the older generation.

With my roots firmly in North Germany and my family in Germany and Britain, it has been an exciting language journey. To bring both languages and cultures together and to teach the German language and culture to a wide variety of students and businesses has been a pleasure so far!

This website uses cookies to improve your experience while you navigate through the website. Out of these cookies, the cookies that are categorized as necessary are stored on your browser as they are essential for the working of basic functionalities of the website. We also use third-party cookies that help us analyze and understand how you use this website. These cookies will be stored in your browser only with your consent. You also have the option to opt-out of these cookies. But opting out of some of these cookies may have an effect on your browsing experience.
Necessary Always Enabled
Necessary cookies are absolutely essential for the website to function properly. This category only includes cookies that ensures basic functionalities and security features of the website. These cookies do not store any personal information.
Non-necessary
Any cookies that may not be particularly necessary for the website to function and is used specifically to collect user personal data via analytics, ads, other embedded contents are termed as non-necessary cookies. It is mandatory to procure user consent prior to running these cookies on your website.
SAVE & ACCEPT